I am pleased to advise the Federal Government has responded positively to industry requests and has announced a review into all security of payment laws in the building and construction industry including Security Of Payments Act NSW.

We hope this review will be the catalyst for federal legislation to harmonise the many state and territory varieties.

I attach the Minister for Employment, Senator Michaelia Cash, media release as well as the terms of reference for the Review.

The Reviewer is John Murray AM. John’s appointment has been welcomed by most in the industry for his vast legal and practical knowledge of security of payment legislation and the practicalities of adjudication.

His terms of reference are particularly pleasing. They are wide ranging and allow him to travel into some of the most difficult and complex areas challenging industry participants in both the resolution of payment disputes and participating in the structures designed to expedite dispute resolution.

A starting point for his consideration of State and Territory legislation is the Queensland Act PRIOR to the introduction of the 2014 amendments.

John is known for his independence, impartiality and innate fairness when dealing with all sectors of the industry. These are attributes which will serve his Review most well. 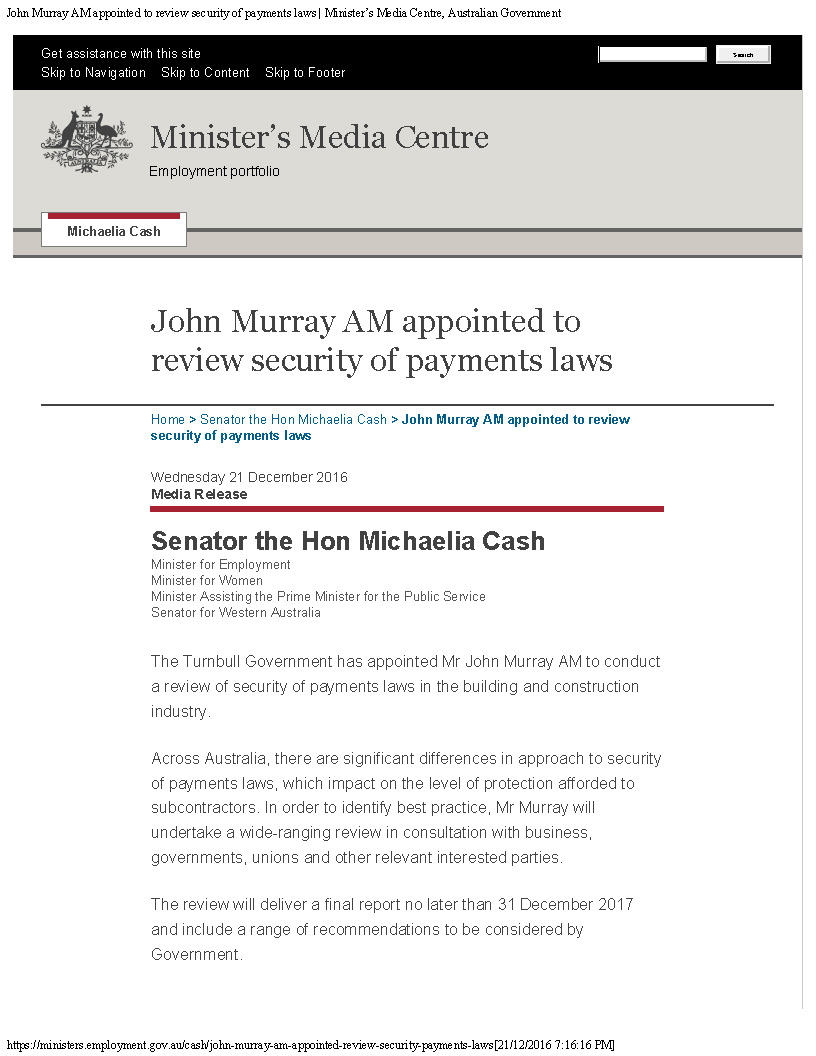 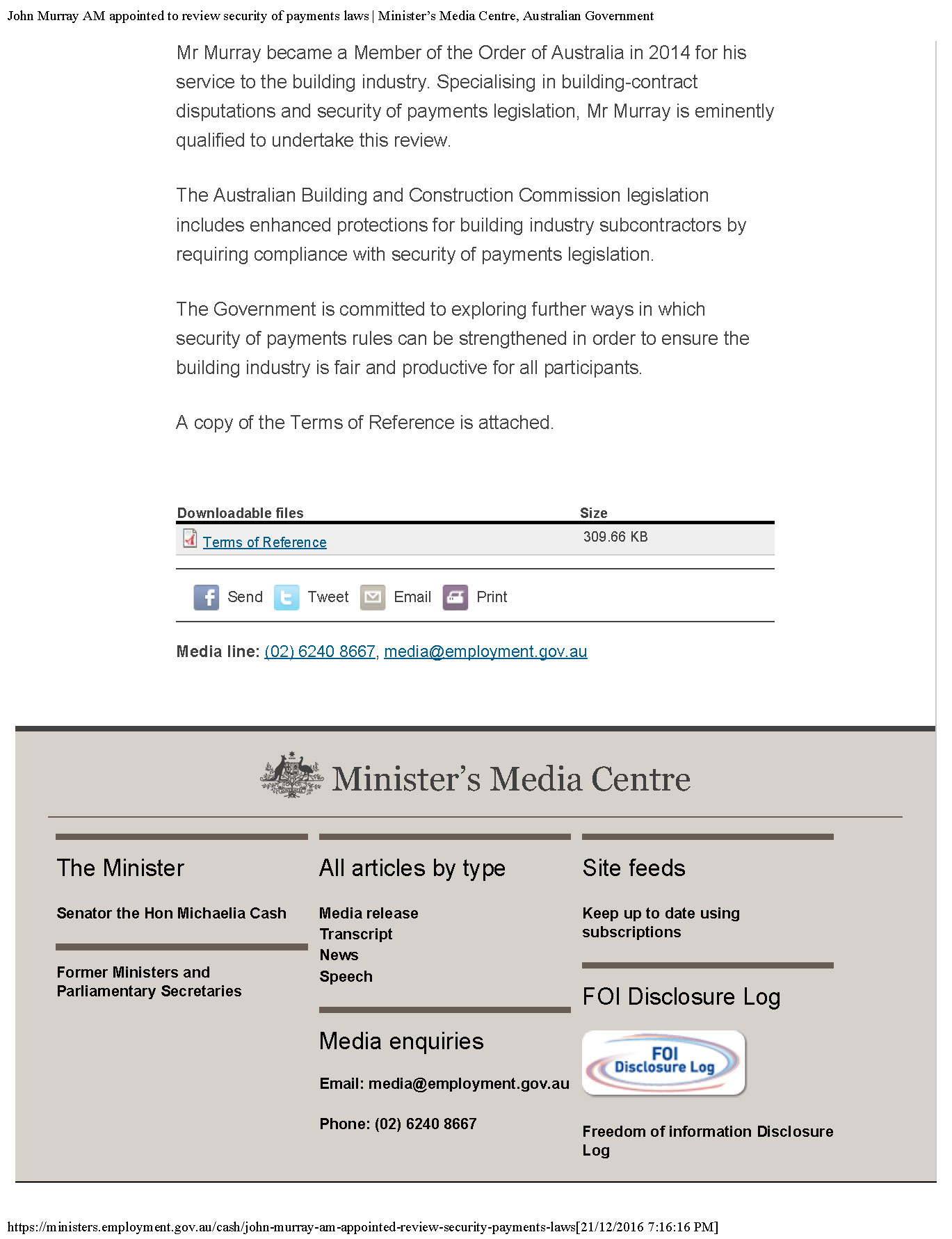 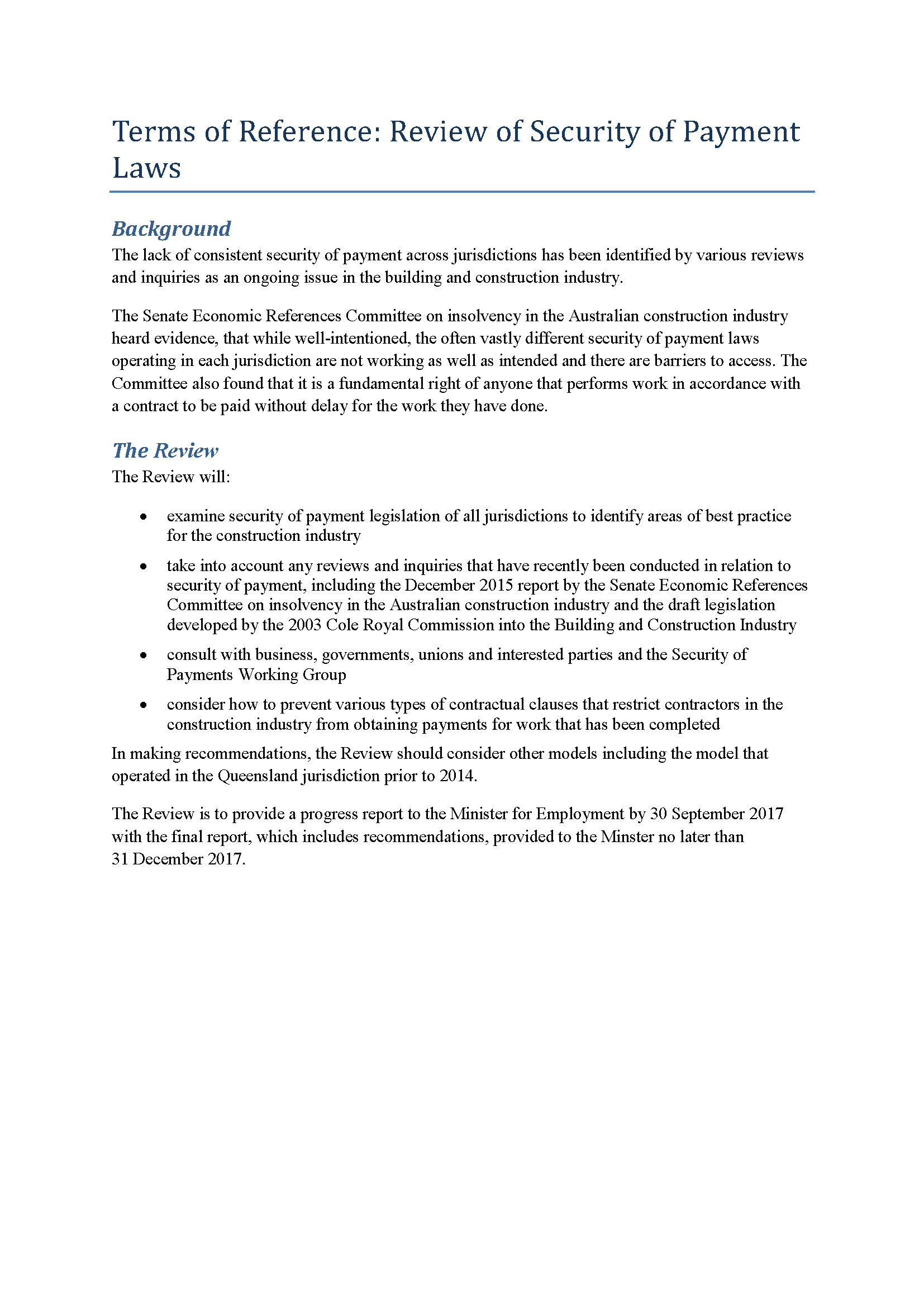